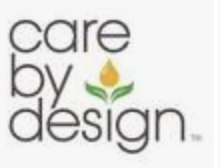 The “Discovery” of CBD

The story of Care By Design started with a seed… of an idea. CBD has a long history as a folk remedy going back thousands of years. (Queen Victoria reportedly used cannabis with CBD for menstrual cramps in the 19th century!)

But by the early part of this century, many had forgotten about cannabis’ history as a wellness supplement. Under pressure from a government that used the plant as fodder in a war against the people, medical marijuana had retreated to the shadows. Modern folks started to think that cannabis was all about the high.

But some scientists—like Dr. Raphael Mechoulum and Dr. Ethan Russo—were paying attention, as were some journalists and activists. They and others dedicated themselves to scrutinizing the science of CBD and restoring cannabis to its rightful place in the American pharmacopeia of herbal remedies.

But here was the problem: In the capital of cannabis—northern California’s Emerald Triangle—by the turn of the millennium, CBD had been nearly bred out of existence. To be blunt, it was a casualty of the decades-long Drug War, which suppressed medicinal marijuana while leaving a robust illicit market intact.

So, early activists worked with labs to identify high CBD strains, secure clones, and travel the state trying to persuade farmers to risk federal prosecution and allocate valuable land to grow a plant with little market value. Care By Design’s founders embraced the opportunity enthusiastically. Our team was among the first in the country to double-down on the “medical” in “medical marijuana” and cultivate CBD on a large scale.

One major concern of early customers was the unpredictability of cannabis’ psychoactive effects. It was difficult to get a consistent, replicable experience. One day, they would smoke a joint and feel great. But another day, they would find themselves too high to cook dinner.

Some people found the act of smoking (for wellness!) to be counterintuitive. Others worried about whether their cannabis was clean and safe, and rightfully so, given that there were no testing requirements for the first 20 or so years that medical cannabis was legal in California.

Care By Design leaned into the wellness benefits of cannabis early and without reservation.

Many people who were using cannabis medically wanted to maximize wellness benefits while minimizing intoxication. Others felt that the “high” was therapeutically important. Care By Design listened. This is why we came up with the concept of CBD-to-THC ratios. We sought to give people the ability to manage cannabis’ psychoactivity in a manner that worked for them. It was also important to us to formulate non-smoke-able products like tinctures and soft gels, which afforded people the ability to take cannabis in the same way they take any other herbal supplement.

Finally, we implemented a testing program. Back in 2014, there were just a few cannabis testing labs in existence, and they had limited capacity. So, we built a testing laboratory from the ground up. In fact, one of our founders mortgaged his house to purchase state-of-the-art testing equipment. This gave us the ability to ensure that our products were free of pesticides and other common adulterants, and delivered consistent potency.

Here at Care By Design, it really bugs us when people represent CBD as the “good” cannabinoid and THC as the “bad” cannabinoid. We don’t think THC should be demonized simply because it can make one high.

Both CBD and THC have benefits. Early research suggests that so, too, may many of the lesser-known cannabinoids, terpenes, and flavonoids found in cannabis. What’s more, these compounds tend to amplify one another’s effects, meaning they’re more powerful in combination. . . just as mother nature intended. This is what scientists mean when they refer to cannabis’ “entourage effect.” Simply put, it means that the sum is greater than the individual parts.

We also don’t think that a dose of euphoria is a bad thing. Good fun is good for you. After all, stress is known to decrease immune function, disrupt sleep, and shorten life expectancy. So, if being high lifts your spirits, there’s nothing wrong with that.

We provide a range of CBD-THC ratios so you can get the effect you want based on your personal preferences. And we offer a wide range of products so you can take your cannabis in the manner that best suits you. Care By Design is about using the whole plant to treat the whole person.

So, what’s next for Care By Design?

The federal stranglehold has delayed a lot of research and innovation in our industry, but happily, that’s changing. There is a growing body of scientific, peer-reviewed studies on THC and CBD, and we have a much better understanding of how the endocannabinoid system works now than we did 10 years ago.

Nonetheless, we’re just getting started. THC and CBD are fascinating compounds, but cannabis is an herbal treasure trove. THC and CBD are just two of hundreds of potentially helpful compounds native to the plant. And, oftentimes, those compounds work together to amplify one another’s benefits.

In the coming months, we’ll be rolling out more innovative products that amplify the plant’s beneficial properties. We’ve doubled down on R&D with several PhDs and chemists on staff. We’re also participating in an IRB-approved study on the safety of cannabis and CBD in an effort to help gather critical data that the FDA needs to advance federal regulations.

We’re excited about the future of cannabis and honored to be part of your personal wellness journey. Let’s stay in touch!